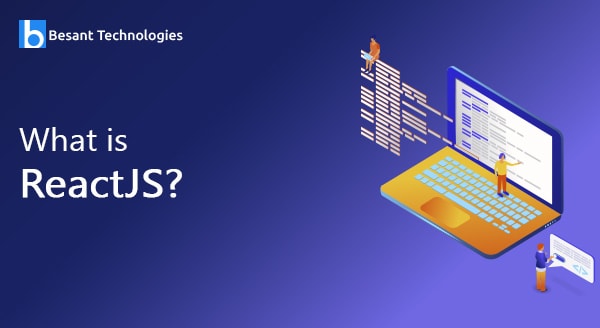 How does ReactJS work?

When creating client applications, a team of Facebook developers perceived that the DOM is slow (the document object model is an application programming interface for HTML and XML documents.) It establishes the logical structure of documents and the path of a document. document and in the case of a virtual domain, which is basically a representation of DOM tree in Javascript, so when you need to read or write in the DOM, it will use its virtual representation.,

The virtual DOM will try to find the most efficient way to update the browser DOM Unlike the DOM elements of the browser, the React elements are simple and inexpensive objects to be created React DOM takes care of updating the DOM to match the React elements The reason for this is that JavaScript is very fast and it is worth keeping a DOM tree to speed up its manipulation. Although the React has been designed to be used or in the browser, due to its design, it can also be used on the server with Node.js.

Why You Should Use ReactJS

Currently, ReactJS is rapidly gaining popularity as the best JavaScript structure among web developers. It is playing an essential role in the front-end ecosystem.

The important features of ReactJS are the following:

JSX stands for JavaScript XML. It is an extension of JavaScript syntax. It is a syntax similar to XML or HTML used by ReactJS. This syntax is processed in the JavaScript calls of the React frame. ES6 is extended so that HTML as text can coexist with the JavaScript response code. It is not necessary to use JSX, but it is recommended to use it in ReactJS.

ReactJS is all about components. The ReactJS application is composed of several components and each component has its own logic and controls. These components can be reusable, helping you to maintain the code when working on larger scale projects.

ReactJS uses the JSX file, which makes the application simple and code, as well as understanding. We know that ReactJS is a component-based approach that makes reusable code according to your need. This simplifies use and learning.

ReactJS is known to be a great performer. This feature does much better than other frames today. The reason behind this is that it manages a virtual DOM. The DOM is a multiplatform and programming API that deals with HTML, XML or XHTML. The DOM exists entirely in memory. Because of this, when we create a component, we do not record directly into the DOM. Instead, we are writing virtual components that will become the DOM, leading to faster and smoother performance.

Challenges or Limitation of ReactJS